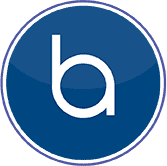 An uncompromising preamplifier and an uncompromising power amplifier, both of reference quality, combined in one housing. A first class phono stage and a exquisite D/A-converter are also available as options. That is the way we at soulution understand the concept of an integrated amplifier.

Enjoy the purity and power this music machine is able to deliver.

Philosophy
Most integrated amplifiers combine the functions of volume control, source selection and amplification in single multi-function circuit. Not so the soulution 330 Integrated amplifier. It takes the uncompromising route of separate circuits, combining a dedicated preamplifier, and a dedicated power amplifier in one housing. It is a real soulution product – truly a great amplifier.

Design
The audio section of the 330 is physically separated from the power supply and digital circuits. In order to reduce interferences to a minimum, these sections are additionally shielded. The power amplifier section as well as its dedicated power supplies are executed in dual-mono layout for optimal channel separation (> 105 dB) which is key for a three dimensional sound stage.

Amplification
The amplification circuit of the 330 is based on the technology used in our Series 5 amplifiers. Current amplification is done in three stages, each with a narrow, almost linear operating range. The high Class A operation supplemented by more than 160,000 µF of storage capacitance results in a nearly infinite impulse response. High-precision idle current management ensures optimal Class A operation for all conditions, without requiring any readjustment in the music signal. Optimal sound is thereby guaranteed immediately from switch on. Control circuits that protect against RF or DC signals at the input, and short circuits at the output ensure safe operation in all situations.

Volume control
The 330’s volume control uses only high-precision, low-noise metal foil resistors, and it controls both the volume and balance. To block switching peaks during volume changes which may be hazardous to power amps, the 330 is equipped with a second volume control with PGA (Programmable Gain Amplifier). Active only during the volume control process, it is similar to a potentiometer and enables the volume to be adjusted smoothly without clicks. As soon as the new desired level value has been selected, the unit returns control to the precision resistors.

Theatre mode
Theater mode allows users to optimally integrate the 330 with AV systems. In theatre mode, the input signal by-passes the preamplifier section without any adjustment for volume or balance.

Operation
The 330 integrated amplifier is operated via its three front panel buttons and rotary control. Multi-functional, these allow optimisation of the entire audio system, and an ideal set-up of the individual components. All operating modes are indicated on the clear display.